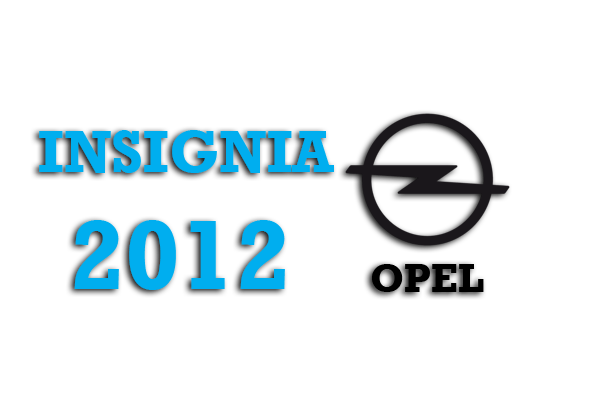 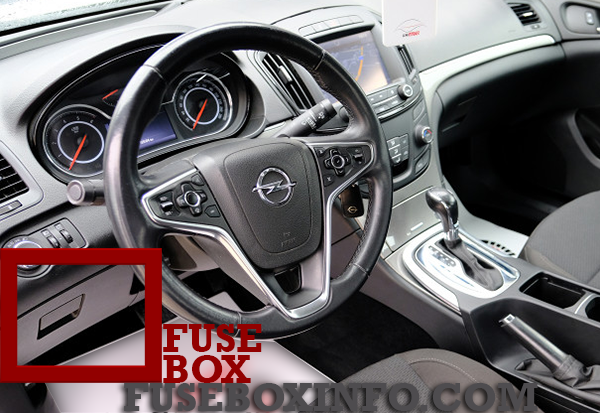 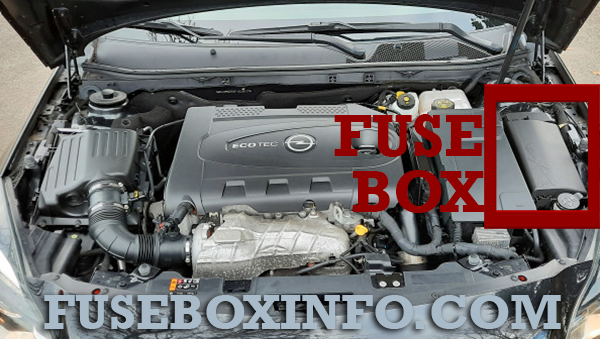 The fuse box is in the front left of the engine compartment. 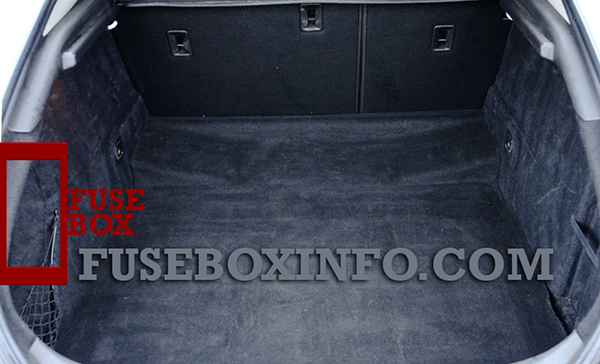 The fuse box is on the left side of the load compartment behind a cover. 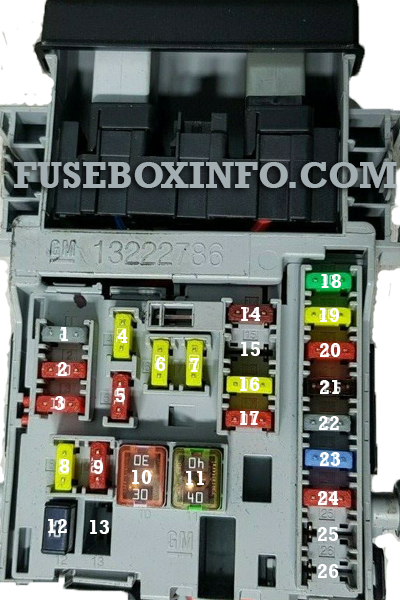 Power seats, No's. 12 and 13, have an overload protection. The circuit will be closed again after cooling down. 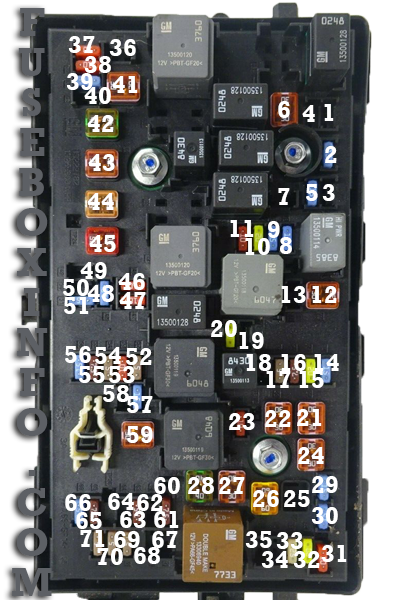 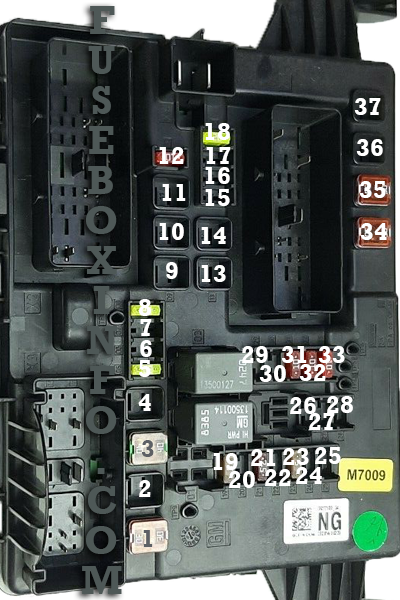